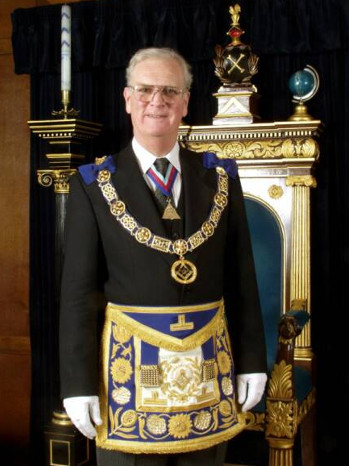 **The Province of Cambridgeshire were honoured recently by the presence of David Williamson, Assistant Grand Master, who installed and invested Rodney Wolverson as the new Provincial Grand Master for Cambridgeshire.

In his inaugural address, the new Provincial Grand Master said that he was a very lucky man. ‘I have inherited from my greatly respected predecessor Colin Hutchinson a very happy and successful Province’, he said. ‘With only 27 lodges, we are one of the smallest Provinces, which gives us the substantial advantage of being able to get to know each other so much better, and to be the truly happy masonic family which we are.’ We must never ignore the core values of masonry, he said, ‘but we should also bear in mind that whilst masonry should not only be uplifting and spiritually rewarding, it should also be an enjoyable experience and our evenings together should be fun.’