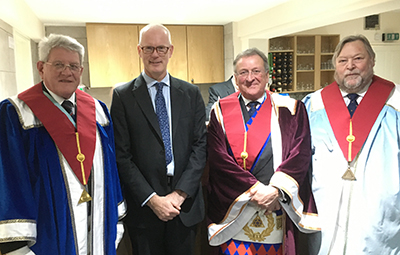 Cambridgeshire Freemasons gathered in March Masonic Hall on Friday 6th March for a fascinating talk describing the effects of Multiple Sclerosis and how research, funded in part by Freemasons is moving towards a potential cure.

Multiple sclerosis is a condition that affects your brain and spinal cord when the coating (myelin) that protects your nerves is damaged. This causes a range of symptoms like blurred vision and problems with how we move, think and feel. More than 130,000 people in the UK have MS and are most likely to find out they have MS in their thirties, forties and fifties. Many people notice their first symptoms years before they get their diagnosis.

The enthralling talk was entitled “Repairing the Brain from Multiple Sclerosis” and was delivered by lead researcher Reverend Professor Alastair Coles, who received £100,000 from the Freemasons’ national Grand Charity (now part of the Masonic Charitable Foundation) in 2010.

Professor Coles, a neuroscientist and consultant at Addenbrooke’s Hospital, and Cambridge University Medical School is leading a team carrying out ground-breaking research into Multiple Sclerosis. Having already developed a way to stop the condition developing, Professor Coles and his team are turning their attention to finding a cure, which is now at the very early clinical trial stage.

The presentation explained in clear lay terms Professor Coles’ work and the progress being made as well as the hurdles he is overcoming.  The many questions after the talk which showed how well Professor Coles had explained both the illness and the potential benefits of the research. The talk was followed by dinner, at which senior Cambridgeshire Freemason Bill Dastur presented Professor Coles with a further £1000. 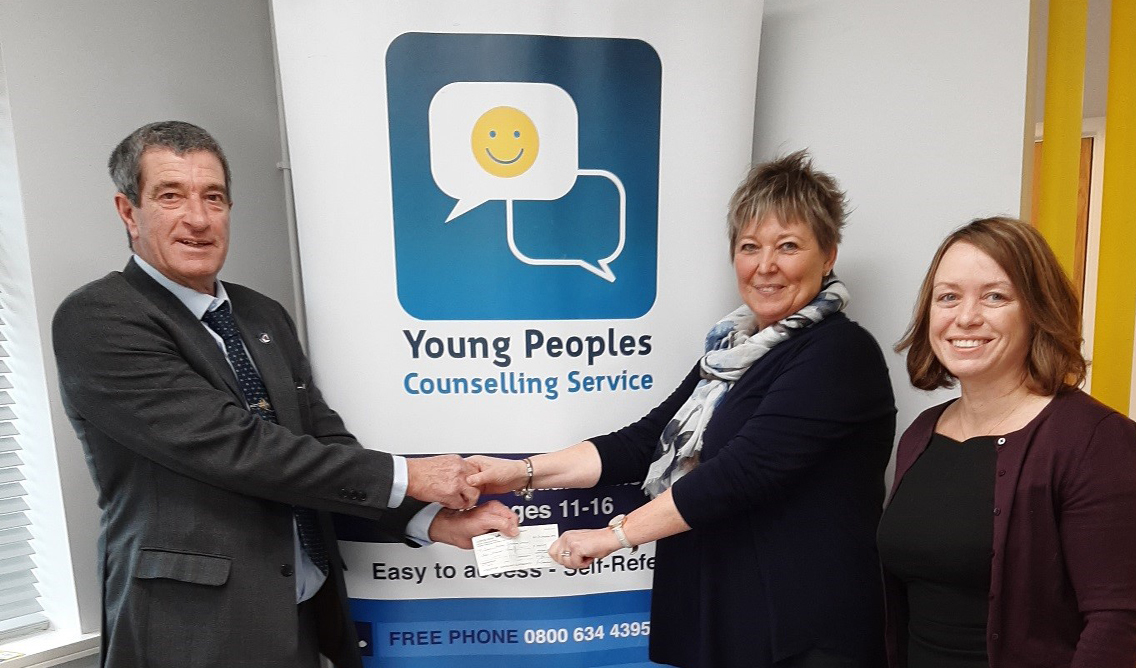 On behalf of the Charity for Care & Relief, the Prov Grand Almoner W.Bro George Brennan had the pleasure of presenting a cheque for £400 to Dr Alison Graham (chair of the charity and local GP) and Michelle Lay (vice chair and lead therapist) of The Young Peoples Counselling Service (YPCS).

The charity has been providing counselling for 11-16 year old’s over the last 25 years in the Whittlesey and Ramsey areas and are presently setting up a new centre in the heart of Wisbech as they have identified a need and lack of accessible mental health support in the area.

The YPCS would like to say many thanks to the Provincial Grand Lodge of Cambridgeshire. This donation will provide a full course of counselling by their highly qualified therapists to a young person.

You can discover more about the invaluable work of the charity at https://www.ypcs.uk/

How a £200,000 donation from the Masonic Charitable Foundation is helping patients with neurodegenerative diseases 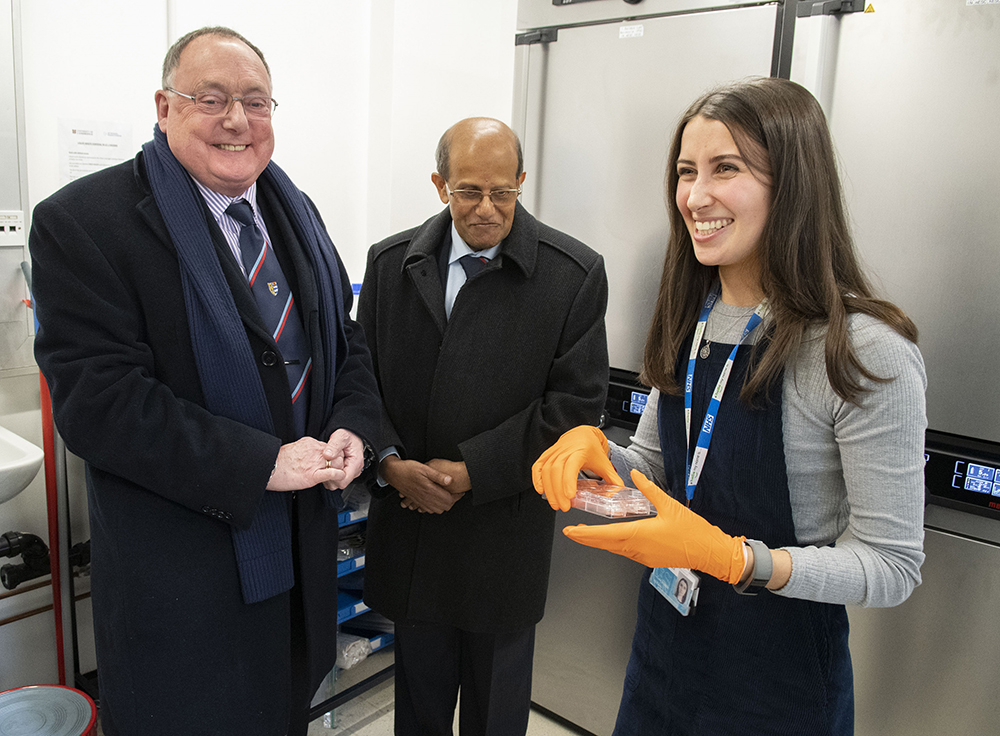 Cambridgeshire freemasons visited the Department of Clinical Neurosciences at the University of Cambridge to cast a knowledgeable eye over research into neurodegenerative disease being carried out by PhD students Sarah Shipley and Annabel Curle. Their research has benefitted from a donation from the Masonic Charitable Foundation (MCF) Cambridge Scholarships, facilitated by the Cambridge Trust, which has provided over £200,000 of funding to bring them to Cambridge.

Cambridgeshire freemasons Bharat Khetani and Nigel Williams, both retired doctors in the north of the county, were especially interested in the technology used in the labs and the potential medical impact of the work. They were accompanied by Mark Shields, who is coordinating Cambridgeshire freemasons’ Festival 2023 which aims to raise nearly £1,000,000 for the Masonic Charitable Foundation.

Sarah, who took up her place at Cambridge earlier in 2019, said “I am enormously grateful to the Foundation for their support. Understanding how and why memory consolidation changes in Alzheimer’s disease could open the door for future research into targeted treatment of memory-related symptoms. Working in Cambridge offers a unique potential for research in this area.”

Professor David Rubinsztein, Deputy Director of the Cambridge Institute of Medical Research, said "Degenerative diseases such as Alzheimers, Parkinson’s disease and Huntington’s disease take a devastating toll on victims and their families, and place a huge economic cost on society. The work taking place in Cambridge, under leading academics including Professor Henson, has the potential to be truly transformative. We’re making great progress, but there remains a great deal to do. Support from donors such as the Masonic Charitable Foundation in helping us to bring the best young scientists here is invaluable."

Pos+Ability is a locally based Charity set up to assist those with reduced mobility. Now they have received a donation of £500 presented by Kynaston Lodge which will help them continue to provided a range of chair-based activities as well as providing much valued social contact and a brief respite for their carers. David Smith and Bob Sculthorpe visited the charity to learn more about how the donation will be used. Discover more about Pos+Ability at posability3.wordpress.com 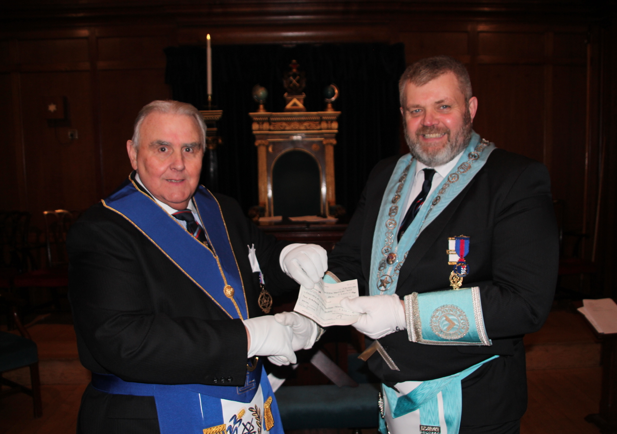 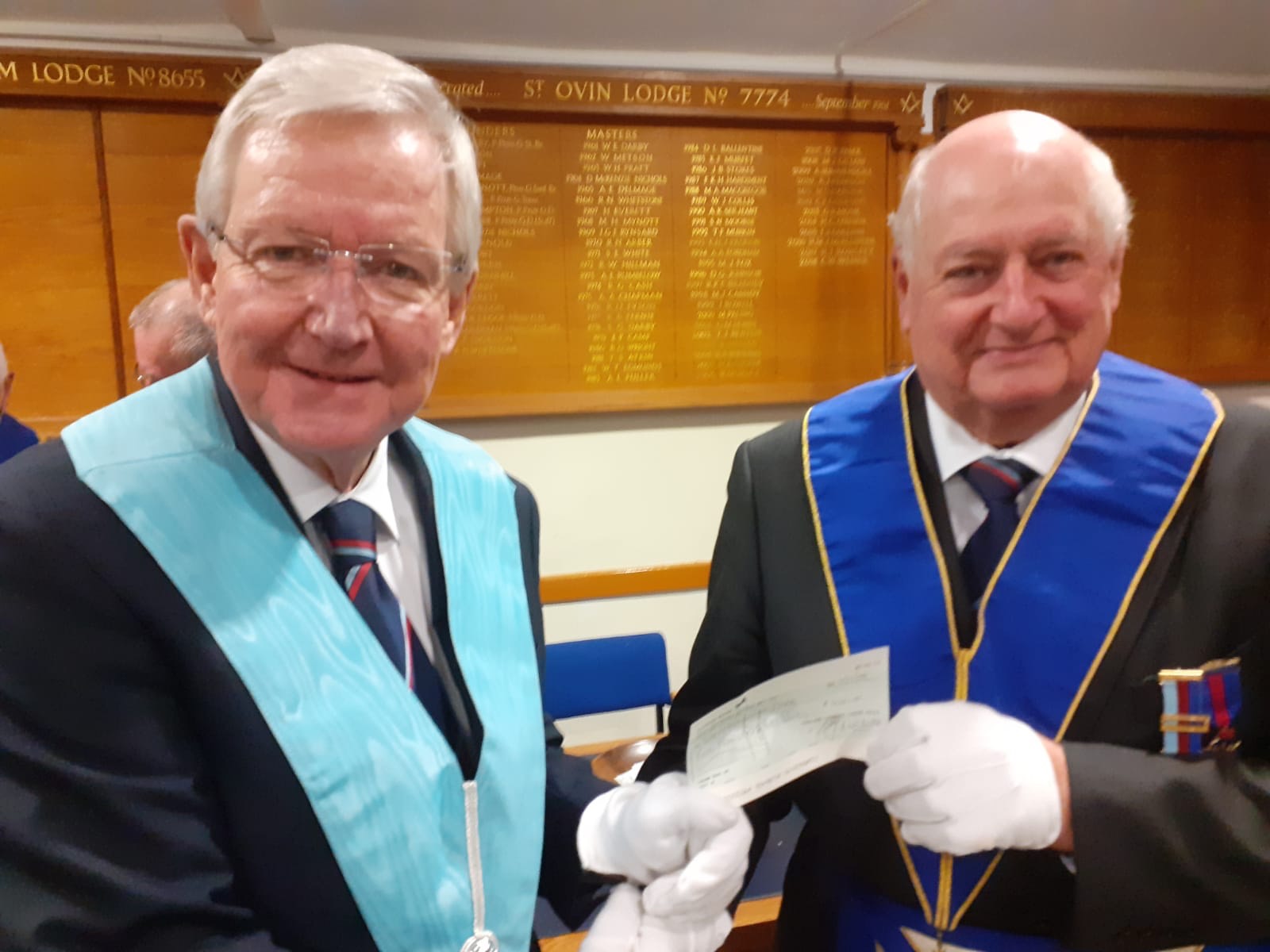 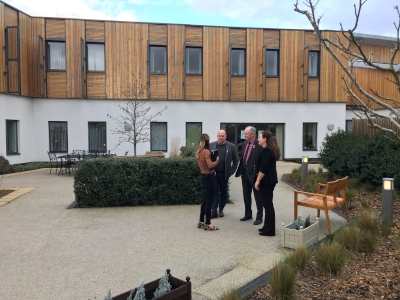 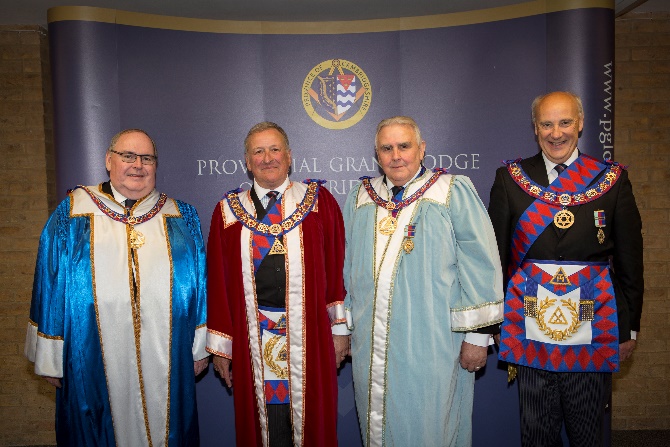 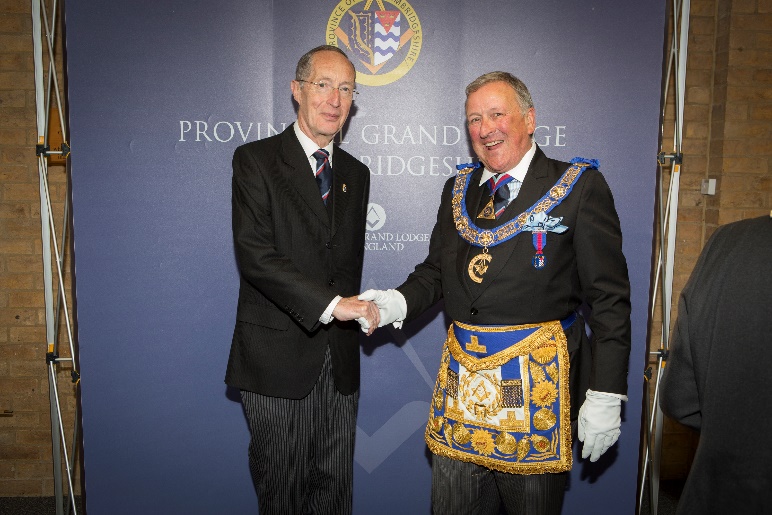 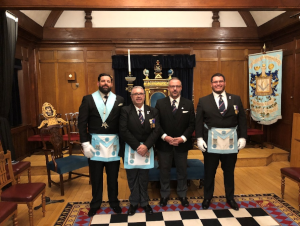 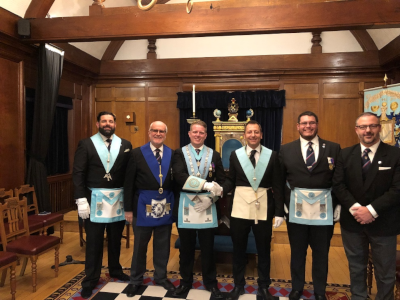 Families of young patients benefit from donations by Cambridgeshire Freemasons