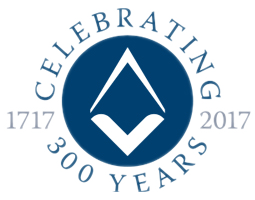 Following telephone conversations with lodge almoners, Cambridgeshire’s Provincial Charity for Care & Relief decided that there was a need to support our own brethren and widows and that it would fund the purchase of PPE - gloves and masks. In total 179 PPE packs were prepared and have been distributed via lodge almoners or their appointed substitutes.

Each pack contained one box of 100 gloves, four disposable masks, one washable reusable mask and a washable bag for storage. The washable mask and wash bag were made by Connection Through Crafting, who have so far made over 2500 sets of scrubs for Addenbrookes and other NHS bodies in Cambridgeshire, a project supported by the Masonic Charitable Foundation as well as Descensus Aquarum Lodge in Ely and Isaac Newton Lodge in Cambridge, Further details can be found online here.

The response to the deliveries has been extremely positive:

“…Just a line to let you know that my PPE was delivered early this afternoon and I would like you to thank you and the Province team for assisting in this matter. I have been in lock down since mid-March, except for driving around town, without getting out of the car, so I am looking forward to getting out shortly…”

“…Thank you for the masks and gloves. They have come just at the right time as I've got the dentist tomorrow and I have to wear a mask when I turn up...”

“…delivered a surprise package to me yesterday. It is very kind of Provincial Grand Lodge of Cambridgeshire to think of those of us who are widows and living alone. I do appreciate the continued link we have with our husband's old friends. The gloves will be very useful.  I am lucky that I have shopping delivered and have not ventured far from home so far apart from a good walk each day...”

“…I thought I should let you know that a parcel of protective masks and gloves was delivered earlier this week… Thank you and the charity’s trustees very much indeed. As I said to Chris its strange but very nice to be a recipient of the charity’s benevolence for a change instead of a contributor. This is an excellent initiative and will be very greatly appreciated not only by my wife and me of course but by very many Cambridgeshire masons and their families...”

This project clearly shows the strength and good freemasonry can achieve. Many brethren became quickly involved and we went from an idea to delivery in a very short time. Particular thanks go to VWBro. Pat Kilby, all the lodge Almoners and especially the following Brethren for delivering PPE packs to other almoners or directly to brethren / widows of other lodges:- WBros Tony Barrios, Paul Dunham, John Jones, Jim Haggarty, Iain Stocks and Brian Sutton.